The Kent Cultural Alliance (KCA), in Partnership with the Chesapeake Heartland Project at Washington College, presents the premiere of a new musical as a reading June 24, 25, and 26.

ISAAC is based on the published autobiography of Isaac Mason.  Isaac Mason was born into slavery in Kent County, Maryland in 1822.  He was enslaved by Mr. & Mrs. James Mansfield at what is now 101 Spring Avenue, Chestertown, MD (the future home of the Kent Cultural Alliance).  Mr. Mason ran toward freedom on December 26, 1846.  He ended up in Worcester, MA where he was a prominent businessman and church elder.  In 1893, he put his life story down on paper and published “Life of Isaac Mason as a Slave.”

This production will feature Paris Nesbit (Broadway: Book of Mormon) as ISAAC, Sue Matthews, as Enslaver Hannah Woodward, and Kelly Sloan as the Ancestral Goddess.  The reading will be supported by musicians Marlon Saunders (Composer), David Inniss and Eric Brown. The premiere is being directed by Biti Strauchn and produced by John Schratwieser.

The KCA invites the Kent County community, residents and visitors alike, to one of three performances at the Gibson Performing Arts Center’s Decker Theater on the campus of Washington College, 300 Washington Avenue, Chestertown, MD on Friday June 24 at 7:30 pm, Saturday June 25 at 7:30 pm and Sunday, June 26 at 2:30 pm.  Tickets are free but reservations are required.  Please limit your reservations to no more than four (4) tickets or call the KCA directly if you need a large block of seats. 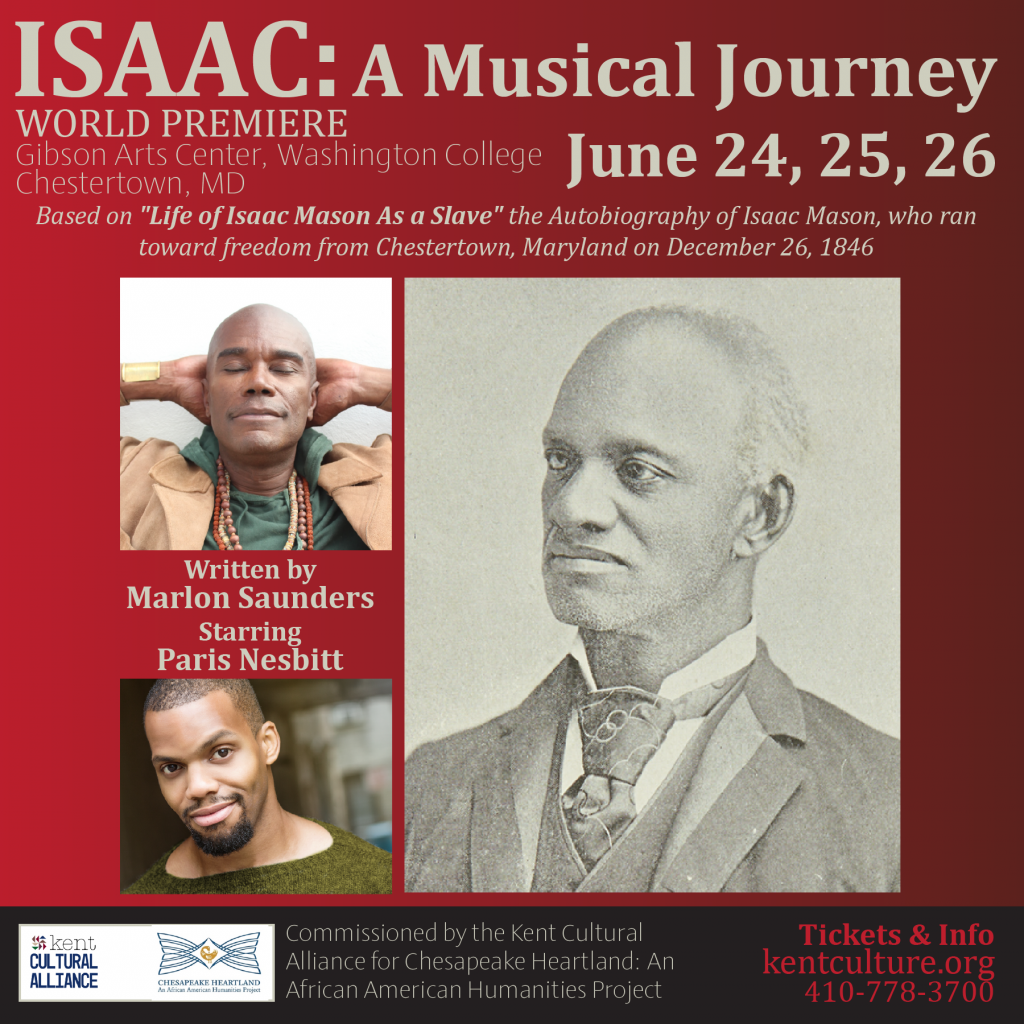