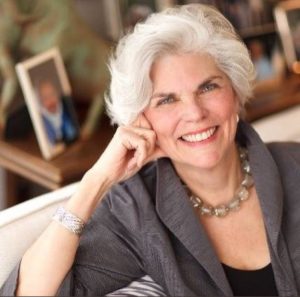 “I am honored that Carla agreed to join our board,” said KCAC Director John Schratwieser, praising Massoni’s three-plus decades of commitment to arts and culture in Kent County. “She is one of those people who when we first met, I knew she ‘got it’. She shares the KCAC’s vision for the role of the arts in education, community development and economic vitality, and we shared the desire to maximize this role for the future of Kent County and its residents.”

Massoni has over 40 years of experience as an entrepreneur. A resident of Chestertown, Md., since 1985, she has been actively involved in community arts and humanities projects. She established a premier contemporary craft and fine art gallery (Massoni- Sommer) in 1990 and continues to provide educational programming and exhibitions featuring established contemporary artists at MASSONIART. In 2016, she opened CREATE art.craft.design in Chestertown with five partners – all award-winning craft artists.

Previous career highlights include: partnership in a pioneering human resources firm; founder and partner of a training program and school for women re-entering the job market, and owner of a boutique hotel and restaurant. She was the 2014 recipient of the William Donald Shaefer Helping People Award for Kent County.

Carla Massoni was eager to step up to support the Arts Council’s work. “I have long admired John Schratwieser. His commitment to the arts and the communities he serves is inspiring,” said Massoni. “I have great faith that John will continue Leslie Raimond’s dedication to serve those in Kent County who are often overlooked. John’s skills have been developed in numerous arts organizations and his work as Executive Director of Maryland Citizens for the Arts enables him to move with credibility on the both the state and national stage. The board he is developing is diverse and skilled. I look forward to working with all under his leadership.”

She continued by saying, “My particular focus will be the next generation. I hope to work closely with Kent County Public School teachers and students. There is no reason why Kent County cannot have the BEST schools in the State of Maryland. The arts provide the STEAM for the engine of social progress.”

The Kent County Arts Council was founded in 1975 and is a registered 501(c)(3) nonprofit arts service organization. KCAC’s mission is to invest, infuse, and inspire the arts for all in Kent County.